A Lazy AC Making You Crazy? 7 Reasons Your Car Air-Conditioning Isn't Performing Up To Par

There's a vague area between "outright broken" and "just not working right" that can leave you feeling crazy, especially when it comes to your car's air conditioning system. One day it works, the next day it doesn't or it acts up in a weird way, but only some of the time. Even if your AC hasn't completely gone kaput, if it's not performing up to par, you're not kept cool and that's simply not acceptable. Know the signs and symptoms and know the different parts that can affect how well your car AC functions so you can, in turn, know how to handle the little problems that can drive you crazy.

If something is amiss with your compressor, the rest of the equipment isn't likely to work because the compressor keeps the fluid circulating throughout the entire system, among other vital tasks. It's made up of many parts, and should any one of them be compromised, your AC could exhibit a number of annoying and unfavorable symptoms. From funny noises to blowing hot air to mechanical parts seizing up, nothing can really work right when something is going wrong with compressors. Especially if you go long periods without using the AC in your vehicle, and especially if the vehicle is older, you'll need to keep an eye and ear on the compressor or have a professional check it out for you.

Unfortunately, electrical issues are usually difficult to detect, but they're often the cause for little things going wrong in an AC, especially intermittently. If you have a wire that's not completely connected, it could cause anything in the car to fail at certain speeds or when you pass over a rough road, for example. Your AC contains a lot of important wiring, so if it's become fickle lately, the electrical connectivity could be to blame.

When the cooling fan isn't functioning fully, the condenser can become too warm, which may be why your car is sometimes filled with warm air when you crank on the AC. Your fan might have a crack in it somewhere or not be fully engaged with the system's electrical output, such as if there's a blown fuse or loose wire. Even if you can tolerate the heat, it can be unhealthy for you, especially in the presence of an improperly functioning air conditioning system. Additionally, if your condenser remains warm, the entire car can overheat; thus, you have good reason to seek professional help in solving these problems.

One ominous indication that your condenser is in big trouble (possibly due to the cooling fan) is if you notice a burning smell inside the vehicle. This often means the various components and fluids associated with your AC are warming up way more than they're designed to, within the system itself. If this problem is left unattended too long, the whole air conditioner can be adversely affected, so pay close attention to the smells, sounds, and cooling ability and report them to a repair professional or someone else who can rule out major malfunctions.

5. Flatulence From The Filter

If the air cabin filter in the system is emitting strange and sickening smells, it may be a simple matter of changing the filter itself. An old filter will leave your car with an offensive, dirty laundry smell; however, if you're distinctly smelling mold, there could be a clog somewhere in the evaporator case that's causing water to pool, leading to mold. Flatulent air filters are one of those symptoms that could indicate either something is actually broken or just slightly problematic, but it should still be evaluated by a pro.

Leaks are one of those things that are hard to detect and cause a number of different symptoms, from periodic breakdowns to total system failures. A leak might be suspected if there are no other obvious problems, but you're not likely to be able to detect a leak on your own, without special equipment. An automobile repair service specializing in AC diagnostics will have sensors that can either see the leak with a particular light tool or detect it by odor with a sensory tool.

7. A Blocked Or Broken Air Door

Within the car's ventilation system are small air regulators, sometimes called blending doors and sometimes called air doors. They serve the purpose of blocking hot or cold air, depending on which temperature controls you select. For example, when you turn your AC on, an air door should close in the passageway coming from the engine, so that all you feel is cold or cool air. If you're sometimes blasted with hot air, one of those air or blending doors could be inhibited from closing completely.

When something is truly and obviously broken, it's easier to take it to a repair professional to have it fixed; however, when it's an on-again-off-again issue or in that vague area of "just not working right," it leaves you feeling frustrated and sometimes crazy. It's not you; it's your car's air conditioner, and the sooner you take it in for an inspection with a company like Modern Auto Air, the sooner you'll know exactly what's going on and the sooner you can then have it repaired, along with restoring your sanity. 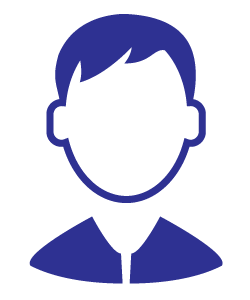 After my car died and I was stranded on the freeway a few years back, I knew that I had to do what I could to avoid similar issues in the future. I began working hard to identify different issues with my car, so that I could prevent problems. I began working with a mechanic to get help, and he taught me a lot about going through my car and being able to evaluate different things that were problems. It was really interesting to explore the possibilities of different car failures, and before I knew it, I could tell when my car was struggling. Read more about the early signs of car trouble on my blog.